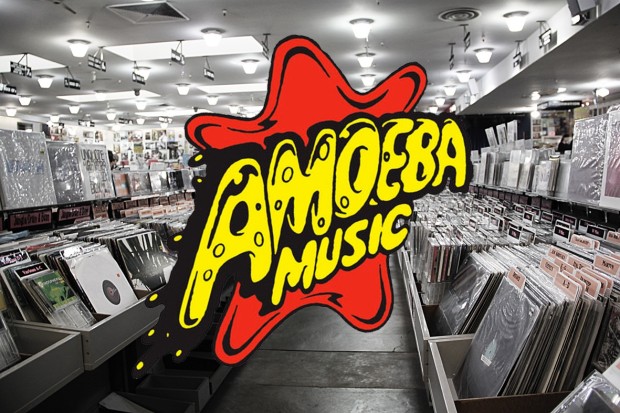 Apprehension is bound to flood our minds at some point, it’s part of what makes us human. Sometimes I let my feelings of angst build to where if I don’t find a way to exhale the negative energy and inhale positive vibrations, it can become suffocating.

Facing my most recent bout of this negativeness, I decided to take a Sunday afternoon drive to clear my head and jolt my memory of the beauty in life, and that meant heading to one place – Sunset Boulevard, Hollywood, California. 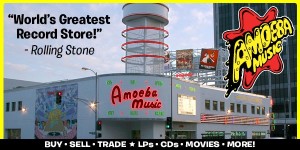 As I cruised down Sunset heading east toward the 101, I could feel my burdens easing. Every block is lined with rich history, passing landmarks such as The Roxy Theatre and the House of Blues.

Still, I was missing something. There was a place I needed to be or needed to see, but I couldn’t put my finger on it. Stopped at the Sunset/Cahuenga stoplight, I glanced to my right, and there it was, in all of it’s neon-lighted glory, the largest independent record store in the country: Amoeba Music.

Entering the store my eyes are immediately drawn to the walls which are lined with vinyl record cover art, many of which are records I do not recognize, however the allure of the store makes me want to try every sound I’ve never heard.

Amoeba Music is peaceful and pure, where the only thing that matters is the music.

The countless rows of vinyls and cds line the first floor, and I imagine I’m walking in a field of wildflowers, delicately running my fingertips through title after title of 60’s psychedelic rock.

Anything you can think of can be found here, from that limited edition Aerosmith t-shirt to the Bruce Lee Premier Collection box set on blu-ray or dvd (the second floor is full of blu-ray and dvd titles, from the obscure to the most popular).

Amoeba is about more than just a record store, everyone knows that cds can be bought online. It’s the physical act of walking through the store, hunting for that record and being able to walk out of the store proudly with it in hand that is therapeutic to me. 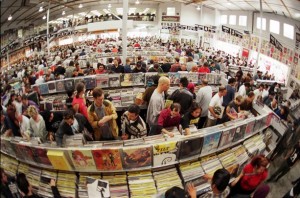 What I find so powerful about Amoeba is it’s commitment to the community. There is nothing fake about Amoeba’s dedication to the Los Angeles music scene and providing an atmosphere for vibrant and creative people to come together like family.

Take in a live performance from local and nationally known artists (Amoeba has free weekly shows and signings), contribute to the ever-changing inventory by trading new or used records, or treat Amoeba as a gathering place for friends.

Amoeba holds in-store auctions with the benefits going toward organizations such as The Humane Society and The American Red Cross, holding steadfast in its beliefs that our community must be safe and healthy.

Amoeba Music in Hollywood started off as a record store nearly fifteen years ago, and has grown into a leading 21st century music outlet, and a crown jewel of Los Angeles.

My trip to Amoeba that Sunday afternoon was exactly what I needed to ease my mind and put everything back in perspective. I put on some in-store headphones and made new musical discoveries, and spoke with a staffer who was excited about Matt & Kim doing some recent live shows at the store.

Most importantly, as I left the store I felt renewed. As record stores continue to dwindle in the marketplace and life seems rough, Amoeba stands stronger than ever, a beacon of inspiration. 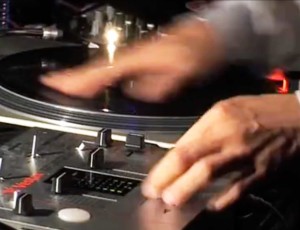 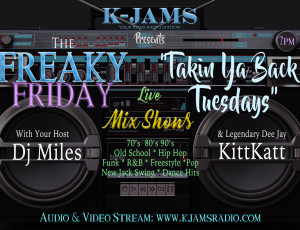 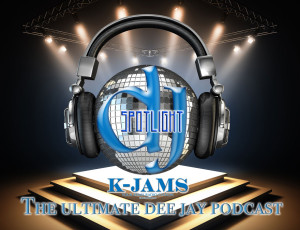